In Denials Management, it can be very useful to keep track of trends, including which denials you see the most often, and which are the most difficult to get overturned. Here are 2 of the most common coding denials that I have seen at our facility in 2020 (fellow Denials Coordinators, these may look familiar):

Use of J44.0 (COPD w/ lower respiratory infection) as principal diagnosis, with pneumonia as secondary diagnosis.

As I’m sure you all remember very well, the instructional note regarding the sequencing of these diagnoses has changed a few times in the recent past. At this point in time, code J44.0 has an instructional note to “Code also to identify the infection.” This “code also” note can be interpreted to mean that either code J44.0 or the code for the infection may be used as principal diagnosis depending on the circumstances of admission; however, auditors have really been targeting the use of J44.0 as PDX. We have received multiple audits where our facility had used code J44.0 as PDX, with the code for pneumonia as a secondary diagnosis. These audits always seem to state that the pneumonia should have been PDX because IV antibiotics were given for pneumonia, while no IV steroids were given for the COPD. There was one instance where IV steroids actually were given in the ER, but the audit still argued that the pneumonia was the main focus of treatment and therefore should have been PDX. We did attempt to appeal some of these denials, but they have proven very difficult to get overturned. Coder education was done at our facility explaining that coders should really be taking the specific treatment into account before choosing which diagnosis to assign as PDX in these cases. Regardless, this has definitely been a source of confusion for coders due to the recent changes in the instructional note, and auditors have definitely taken notice.

One additional point, make sure when you are reviewing denials that you are using the information that was in effect during the timeframe of the claim.  As noted above, guidance can change and your basis for overturning a denial for a current claim may well be different than what was applicable for claims from two or three years ago.

Denials for excisional debridement have also proven to be very difficult to get overturned, although this can be done. As a refresher, Coding Clinic states that in order for a debridement to be considered excisional, the provider must blatantly state that the debridement was excisional, and/or the procedure must meet the root operation of excision, which is “cutting out or off, without replacement, a portion of a body part.” At least at our facility, it is very rare for a physician to specifically state that he or she is performing an “excisional debridement,” and so, more often than not, coders are looking for documentation to support that the physician truly excised a portion of a body part (usually subcutaneous tissue). We have gotten some of these denials overturned, but we have also sent out coder education regarding this topic so that the coders are able to recognize when a query is necessary regarding which type of debridement has actually been performed.

These are just a few of the more common coding denials I have seen lately. Your experience may be similar but regardless, it is up to the denial management team in collaboration with coding professionals and CDI specialists to challenge denials when appropriate and educate appropriate staff when a legitimate issue is identified to prevent future recurrences. 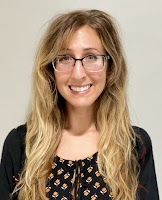 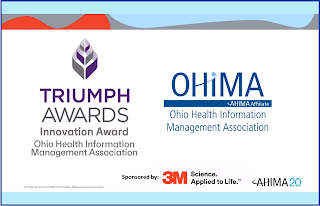 For the second year in a row, the Ohio Health Information Management Association (OHIMA) was recognized with an AHIMA Triumph Award. This year's Triumph Award was in the Innovation Category  It was awarded to OHIMA for its role in transforming the largest state health information show to a virtual conference within a week when COVID-19 hit Ohio. Due to the size of the conference, financial realities and members’ educational needs, rescheduling or cancelling the event was not an option!  Therefore, over the next week, OHIMA Board Members and staff executed a plan to record over 30 hours of educational sessions and deliver them to meeting attendees in a virtual, recorded format. According to the nominating committee, OHIMA’s innovative use of a learning management system serves as a blueprint, opening the door to revolutionizing the way we deliver services and connect with members.

The 2020 AHIMA Innovation Triumph Award was presented to OHIMA during the virtual AHIMA  Convention. While the presentation ceremony looked quite different compared to previous years (WATCH IT BELOW!) - OHIMA is honored to be recognized for its innovative efforts in transitioning to a virtual conference in just five days!

Congrats OHIMA! Read about OHIMA and all the AHIMA Triumph Award Recipients HERE.

Fall…a time for brilliantly colored leaves, apple festivals, and pumpkin spice anything.  However, for the Klutz family, fall takes on another connotation…a type of uncontrolled descent.  Let’s see how this Fall, each of the Klutz children manage to injure themselves in a fall with only one occurring at their single-family home.

First up was Raymond, who was riding on the end of the grocery cart at the store when he fell off and got a contusion of his left foot.

Then Peter was rough housing with little Dana in the back yard trying to carry her on his back. She tumbled off and ended up with a contusion of her left elbow.

Egon was racing on his bicycle when he hit a hole in the bike path and fell off the bike striking his forehead.  A rather large egg-shaped hematoma developed there, but thankfully, no other injuries were sustained.

Janine was running along an embankment near the new condominium construction in town when she slipped and fell.  Her left knee took the brunt of the fall where a contusion evolved.

Peter was leaning over in his chair at an outdoor dining restaurant to see the menu that Egon was holding when he fell right out of the chair landing on his buttocks.  A hematoma spread across the buttocks area but luckily, that was his only injury.

Fortunately, the falls were not overly injurious to the Klutz children…at least this Fall!

This month’s “In the kNOW” article will address the coding of COPD.  Chronic obstructive pulmonary disease is a condition that affects the lungs.  It may be chronic bronchitis or emphysema.  Chronic bronchitis causes the airways to narrow due to inflammation, while emphysema impacts the alveolar sacs in the lungs by trapping air and compromising the ability to exhale completely.  This causes the reduction of oxygen available to circulate throughout the body.

In ICD-10-CM coding of COPD is based on the complete diagnostic statement.  If the only condition documented is COPD, the proper code assignment is J44.9.  If the physician documents COPD and emphysema, then the coding professional should assign J43.9.  The rationale for this is explained in a 4th Qtr. 2017 Coding Clinic, which states that emphysema is a specific type of COPD.  Therefore, when both conditions are documented, code the more specific diagnosis only, J43.9.

When asthma is present in a patient with COPD, assign only code J44.9.  This is true unless the patient’s asthma is specified by type such as mild persistent asthma, in which case assign both the COPD code (J44.9) and the specific asthma code (J45.30).   If the patient’s asthma is stated as being in acute exacerbation, coding professionals may assign both J44.9 and J45.901.  The 4th Qtr. 2017 Coding Clinic indicated the appropriateness of this code assignment by stating that the diagnosis of acute exacerbation of asthma not further qualified is, in itself, a specific type of asthma.  Therefore, the code assignment of J45.901 along with J44.9 is acceptable.

Dianna Foley, RHIA, CHPS, CCS  is OHIMA's Coding Education Coordinator. Dianna has been an HIM professional for 20 years. She progressed through the ranks of coder, department supervisor, and department director, to her current role as a coding consultant.
She recently served as the program director for Medical Coding and HIT at Eastern Gateway Community College. Dianna earned her bachelor's degree from the University of Cincinnati subsequently achieving her RHIA, CHPS, and CCS certifications. She is an AHIMA Approved ICD-10-CM/PCS Trainer and a a presenter at regional HIM meetings and the OHIMA Annual Meeting.
Posted by OHIMA at 7:37 AM No comments:

Every year CPT publishes new codes with which coding professionals must become familiar.  In this edition of Spotlight on CPT, two codes that were new for 2020 will be discussed.  They are 20560 and 20561 for needle insertion(s) without injection(s).

I’ll confess that I had to do some research to see why a code was needed for needle insertions if no injection was being done, and that’s how I became aware of a procedure called dry needling.  In order to get a picture of dry needling, think acupuncture.  Now, it is not exactly the same, with the main difference being that during a dry needling procedure the needles are not left in for very long in contrast to acupuncture where the needles are left in anywhere from 20-25 minutes.  However, the goal is the same which is pain relief.

Dry needling is performed by physical therapists with filiform needles which are very fine and similar to what is used in acupuncture.  These stainless-steel needles are short and inserted in myofascial trigger points to stimulate muscles and relieve pain.  Therapists may use a pecking method, rapid in and out movement with the needles, to stimulate the muscle or tissue.

How does this help relieve pain?  Well, trigger points which are muscle contractures or bands can be disrupted by this process reducing the trigger point and even increasing blood flow to the area.

These codes are structured similarly to the codes for trigger point injections with code 20560 for needle insertion(s) into one or two muscles and code 20561 for three or more muscles.

The procedure may not be covered by insurance, but is gaining in popularity.  And now, we have CPT codes to report those instances when it is performed.

Now, light has been shed on dry needling.

Dianna Foley, RHIA, CHPS, CCS  is OHIMA's Coding Education Coordinator. Dianna has been an HIM professional for 20 years. She progressed through the ranks of coder, department supervisor, and department director, to her current role as a coding consultant.
She recently served as the program director for Medical Coding and HIT at Eastern Gateway Community College. Dianna earned her bachelor's degree from the University of Cincinnati subsequently achieving her RHIA, CHPS, and CCS certifications. She is an AHIMA Approved ICD-10-CM/PCS Trainer and a a presenter at regional HIM meetings and the OHIMA Annual Meeting.
Posted by OHIMA at 6:28 AM 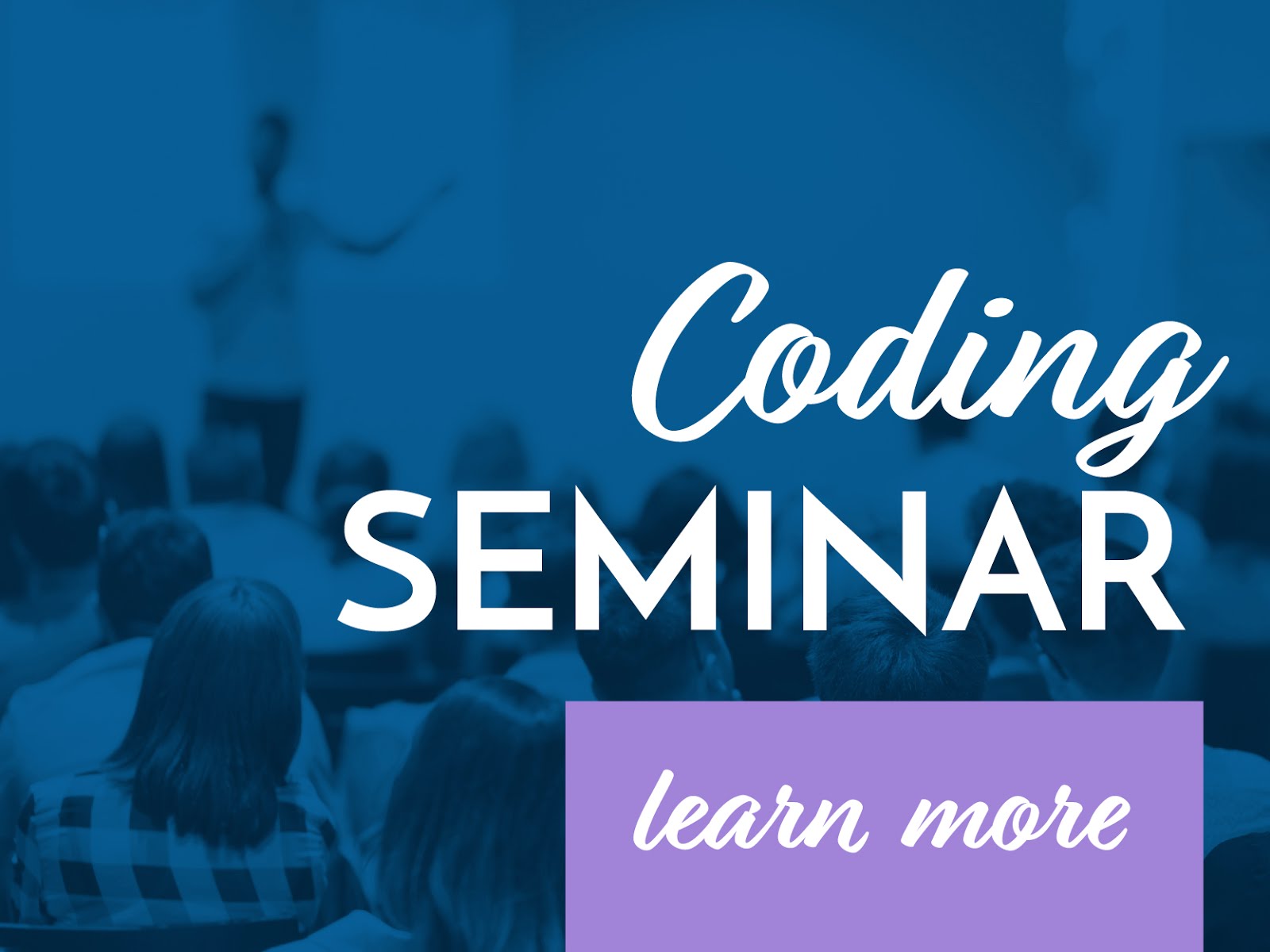