Test your ICD-10-CM external cause coding skills with this short scenario.

The Klutz family was enjoying a fun-filled, long weekend, winter get-away.  The family had driven to Mount Hightop where there were activities for all ages.  Everything was going well until the last afternoon, when true to form, each child suffered some type of injury. 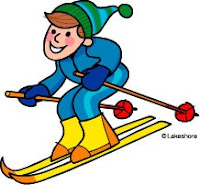 The first injury occurred when the oldest son, Egon, ran into a tree while skiing down the mountain.  It was determined by a physician on call that he sustained a concussion, but luckily had not suffered any loss of consciousness.

Next, the middle child, Peter chipped a tooth after being hit in the mouth with a hockey puck.  He was playing ice hockey in the local hockey rink with other children.  As goalie, he deflected the puck with his glove but instead of going into the net, the puck hit him in the mouth.  A local dentist applied a sealant with instructions to see his family dentist upon return home.

Janine was volunteering at a luncheon in a local restaurant when she burned her tongue while drinking a mug of hot cocoa.

Young Raymond, meanwhile, suffered a twisted right ankle, while attempting to snowboard.  The on-call physician diagnosed a tibiofibular sprain and recommended ice and elevation of the leg.

Last, but not least, little Dana ended up with superficial frostbite on fingers of both hands as she was outside in the bitter cold building a snowman on the sidewalk leading up to the resort.  She’d forgotten her gloves in her jacket pocket until her fingers were hurting, and when she pulled them out, she decided the snowman needed them more than she did.  The nurse practitioner placed Dana’s hands in a sink of warm water, and instructed her not to rub them together.  Dana’s skin was not discolored, and she indicated she still had feeling in the digits, so the NP thought this a mild case of frostbite expecting a full recovery after rewarming.

Mr. and Mrs. Klutz then packed up the children and headed down Mount Hilltop to return home, grateful that the winter woes were over…at least until next year!

Questions have arisen regarding coding for sepsis, as it appears that some payers will begin reviewing records using the new sepsis criteria.  This will undoubtedly create denial issues as the guidelines for the coding of sepsis differ from the new clinical criteria for sepsis.  Let’s examine this confusing issue in more detail in this edition of “In the kNOW”.
First, here are the definitions of sepsis:
(OLD) Sepsis is the result of a host’s systemic inflammatory response syndrome (SIRS) to infection.  Severe sepsis is sepsis with organ dysfunction.
(NEW) Sepsis is life-threatening organ dysfunction caused by a dysregulated host response to infection.

By comparing the two, it is evident that under the new definition, the term severe sepsis has been incorporated into the definition of sepsis.  That presents coders with a quandary as our current coding system calls for coders to assign codes separately for sepsis or severe sepsis.  So what’s a coder to do?

Well, as always it is imperative to use official coding resources available to determine the best course of action.  In this case, Coding Clinic, has addressed this issue in both the 3rd and 4th quarter 2016 editions.  In both instances, Coding Clinic clearly states that coders are not to assign codes based on clinical criteria.  It doesn’t matter what set of criteria (old, new, physician clinical judgment) is used to arrive at a diagnosis.  Instead, coding professionals need to focus on the documentation in the record, and then use the Official Guidelines for Coding and Reporting to select the correct codes.  Coding professionals must work within the classification system as it exists at the time they are assigning the codes, and currently that means still coding sepsis, severe sepsis, and septic shock as appropriate.

First, clinical documentation improvement specialists (CDIs) should be involved with the physicians to educate them on the new criteria and provide insight into documentation practices that can capture the essence of the new definition and allow the coding staff to assign the proper sepsis coding.  This could be as simple as stating “severe sepsis” or “sepsis with acute sepsis-related organ dysfunction”.  To mitigate potential denials, physicians would be wise to document the clinical indicators that support both the sepsis and organ dysfunction.  By “marrying” the diagnoses, for example: encephalopathy due to sepsis, it provides context for the sepsis diagnosis and gives coding professionals the ability to assign the appropriate codes.

Second, electronic health record systems (EHR) may have the capacity to assist with capturing the documentation necessary to validate sepsis and refute denials.  By capturing the SOFA score (Sequential [Sepsis-Related] Organ Failure Assessment Score) criteria or the quick SOFA score criteria and providing them in an easily accessible report, EHRs can help support the clinical decision for the sepsis coding and be used to substantiate that decision if a denial has been received.

Third, queries may be used to clarify the sepsis diagnosis.  Ideally, the diagnosis of sepsis is documented throughout the chart, not just once.  CDI specialists should query concurrently, but should there still be confusion once the coding professional is reviewing the chart, a retrospective query should be initiated.  Remember that clinical validation is not the same as DRG validation, and that coding professionals are not the appropriate staff to perform a clinical validation review.

Dianna Foley, RHIA, CHPS, CCS  is OHIMA's Coding Education Coordinator. Dianna has been an HIM professional for 20 years. She progressed through the ranks of coder, department supervisor, and department director, to her current role as a coding consultant.
She recently served as the program director for Medical Coding and HIT at Eastern Gateway Community College. Dianna earned her bachelor's degree from the University of Cincinnati subsequently achieving her RHIA, CHPS, and CCS certifications. She is an AHIMA Approved ICD-10-CM/PCS Trainer and a a presenter at regional HIM meetings and the OHIMA Annual Meeting.
By OHIMA at January 23, 2019 No comments: 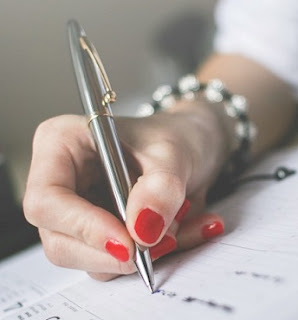 Per ORC 3798.10, Ohio Medicaid developed a statewide Standard Authorization Form.  The purpose of the form is to improve care coordination for a patient across multiple providers by making it easier to share protected health information in a secure manner.

OHIMA was one of many stakeholder groups to contribute input during the process of creating this form.  To read about the initial project, see our earlier blog post HERE.

The final Standard Authorization Form, resources and instructions are now available on the Ohio Medicaid website under "Providers."  The form is applicable to all covered entities in Ohio. It is not required to be used, but a properly executed form must be accepted by the receiving entity. The requirement to accept a properly executed form is applicable within 30 days of January 3, 2019.

Questions about the Standard Authorization Form may be directed to StandardAuthForm@medicaid.ohio.gov.
By OHIMA at January 15, 2019 No comments: 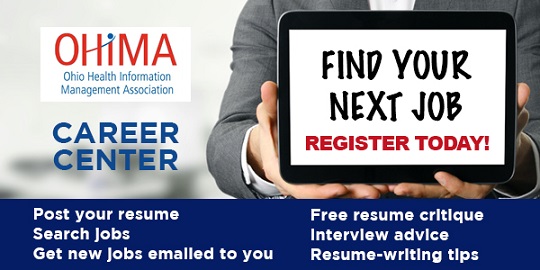 The new and improved OHIMA Career Center is the most effective way to connect employers to qualified Health Information Management (HIM) professionals across all disciplines and career stages. Powered by YourMembership, the leading provider of job websites and career centers for organizations that serve specialized members, the mobile-responsive platform makes accessing the Career Center effortless across all internet-enabled devices.

The OHIMA Career Center provides great value to job-seeking HIM professionals. OHIMA members are able to post multiple resumes and cover letters, or choose a career profile that leads employers directly to them. The OHIMA Career Center provides multiple opportunities to bring jobs directly to job seekers by uploading public resumes and utilizing Job Alerts. When a resume is set as “public”, employers have the ability to view the candidate’s resume. When they are interested in reaching out to the candidate, the employer completes a contact request form. If the candidate is interested in the company, their contact information is released to the employer. If not, they reject the request which keeps the anonymity of the candidate. Job Alerts also assist in making job searching convenient and accommodating to HIM professionals’ busy schedules. When set up, job seekers receive an email every time a job becomes available that matches their desired interests and locations. Job-seeking OHIMA members are also free to search the jobs database with robust filters to focus on the specific interests. Along with seamless searching for jobs, members also have access to the Career Center resources. They can access resume writing tips, interview tips, sample resumes, answers to experts’ frequently asked questions, and more.

The OHIMA Career Center provides many benefits to employers in order to help them recruit the top Health Information Management professionals for their organizations. Employers are able to include their open positions in a semi-monthly email sent to all of OHIMA’s members and job seekers, allowing them to reach both active and passive job seekers by putting open jobs directly in the inboxes of qualified OHIMA members. Along with giving an avenue for members to find their perfect job, employers are also able to search the anonymous resume bank of qualified candidates. This puts the employer in control of finding quality talent as opposed to waiting for quality talent to find them.

OHIMA Board President, Krystal Phillips, states: “The new OHIMA Career Center is amazing!  It does all of the legwork to match your resume with job openings and also streamlines the candidate search for employers.  What a great way to get your name, qualifications, and skills in front of employers who have open positions!”

For more information and to start the journey to enhance your career or organization, please visit the OHIMA Career Center: https://careers.ohima.org

Factitious: a word meaning artificially created according to the dictionary.  Synonyms include false, feign, pretended, or contrived.  So what does that word have to do with ICD-10-CM coding?  Well, in the 2019 ICD-10-CM code updates, the category of F68.1 Factitious disorder was revised and knowing the meaning of the word factitious goes a long way in understanding the code’s evolution.  In this edition of “In the kNOW” we will delve a little deeper into this disorder and the new codes created for usage.

Let’s begin by examining what a factitious disorder is.  Individuals with a factitious disorder make a conscious determination to act as if they or a person they care for have a physical or mental illness when, indeed, they do not.  They act in that manner to gain attention and this can include lying or faking symptoms, altering the results of tests, or intentionally hurting themselves.  This is different from those individuals who are characterized as malingerers.  A malingerer is motivated by factors like financial gain (insurance fraud), obtaining controlled medications, or getting out of work.

The factitious disorder imposed on self is further broken down into four main types:

While this may not be a common condition, you now have the background and knowledge to assign the appropriate code for a factitious disorder should the need arise.

Dianna Foley, RHIA, CHPS, CCS  is OHIMA's Coding Education Coordinator. Dianna has been an HIM professional for 20 years. She progressed through the ranks of coder, department supervisor, and department director, to her current role as a coding consultant.
She recently served as the program director for Medical Coding and HIT at Eastern Gateway Community College. Dianna earned her bachelor's degree from the University of Cincinnati subsequently achieving her RHIA, CHPS, and CCS certifications. She is an AHIMA Approved ICD-10-CM/PCS Trainer and a a presenter at regional HIM meetings and the OHIMA Annual Meeting.
By OHIMA at January 03, 2019 No comments: