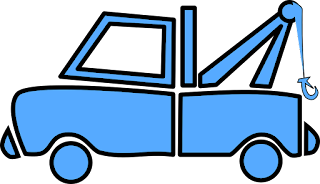 During the month of May, each of the Klutz children was involved in a motor vehicle accident.  Practice coding ICD-10-CM diagnosis and external cause coding for each injury.

New driver, Egon, suffered a chest contusion when he was struck by the driver’s side airbag in his car after accidentally rear ending another car at a stop sign at the end of a residential street.  Two days later, Raymond was riding “shotgun” with his Grandpa, when an SUV struck their car as they traveled along a state road.  The passenger airbag activated, resulting in facial and neck contusions.  Later in the month, Janine was riding in her cousin’s van on the highway on their way home from a concert when the van went off the road and hit a tree.  Luckily, Janine’s only injury was whiplash.  Peter obtained a left shoulder contusion and neck abrasions from his seatbelt when he was riding in the backseat of an SUV which collided with another car on a business street downtown.  Little Dana ended up with a fracture of the distal phalanx of her right thumb, after she shut it in the car door when getting out of the car in the parking lot of the grocery store.  All in all, Mr. and Mrs. Klutz were extremely glad that the children’s injuries weren’t more serious and they were are all recovering…at least from these injuries!