At the 2018 AHIMA Leadership Symposium in Chicago, J. Bryan Bennett, MBA, CPA, LSSGB gave a presentation on Impacting Leadership in Healthcare.  He explained the benefits of mentoring and used the analogy of a coach and athlete.  He said that even the best of coaches couldn’t do what the best athletes do.  But the coach can still help the athlete improve their form and become an even better athlete.  AHIMA has a mentorship program (AHIMA's Mentor Match program is currently under construction. For now, you can connect through Access, AHIMA's digital community platform. If you have any additional questions, email academic.affairs@ahima.org). Consider becoming a mentor or mentee! 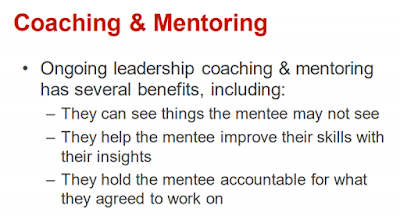 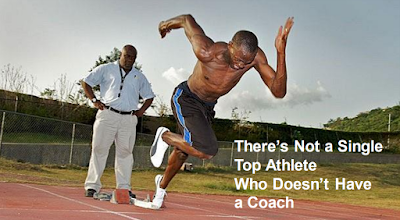 The Clock is Ticking on HIM Apprenticeship Programs! 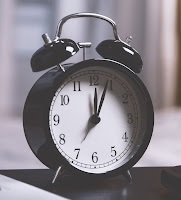 The American Health Information Management Association (AHIMA) held its annual Leadership Symposium on July 13-14, 2018.  This symposium is an incredible learning experience and engagement opportunity for Component State Association (CSA) and AHIMA leadership.  It is an opportunity to network, and develop new relationships and friendships.  The main focus is on learning AHIMA’s strategic direction, the healthcare industry’s best practices that affect health information management, and innovative ideas within the HIM profession.  In addition to the General Sessions where important topics are presented, the breakout sessions provided a smaller setting where pertinent topics were discussed.


I attended the “Apprenticeship Program/Career Enhancement” breakout session presented by Barb Gondys, MA, RHIA, CHPS.  Ms. Gondys was an outstanding speaker!  She reminded us that the AHIMA Foundation, the 501(c)(3) affiliate of AHIMA, was awarded a five-year Apprenticeship Initiative grant from the U.S. Department of Labor in 2015.  This $4.9 million grant is to provide employers with an opportunity to bring on newly credentialed HIM professionals and enhance the skillset of current employees.  The Apprenticeship Program is of no cost to the employer because the grant pays to provide training for the hired apprentice.

The goal of the Apprenticeship Program is to bridge the gap between a student’s academic training and the technical skills they need to move into the workforce.  The program also provides paid workforce development opportunities for current employees to receive advanced education and training to prepare them for upskilled HIM jobs within their organization.

The thing is, many attendees in this session, myself included, had no idea this program still has time before it ends, resources to be used, and apprenticeship positions to be filled!  At the beginning of the program, the AHIMA Foundation set a goal to assist 1,000 apprentices to a new credential.  So far, there are only 202 apprenticeship positions that have been filled!  The program will end on September 30, 2020 so there is still time to take advantage of this amazing workforce readiness and integral transition opportunity.  Facilities are encouraged to become a registered apprenticeship site.  Graduating students and current employees are encouraged to apply and register for this Apprenticeship Program as soon as possible.  The HIM profession is encouraged to take advantage of this “workforce pipeline” opportunity to grow our workforce to keep pace with our ever changing environment.

Several key takeaways from this breakout session are:

Krystal Phillips, RHIA, CHTS-IS is a HIM coder at OSU Veterinary Medical Center and an adjunct professor at Columbus State Community College in Columbus, Ohio.  Krystal currently serves on the OHIMA 2018-19 Board as President and Delegate.
By OHIMA at July 24, 2018 No comments:

The Future of AHIMA and the HIM Profession


Each July, leaders from the component state associations gather in Chicago for the AHIMA Leadership Symposium.  This year, I accompanied several of OHIMA’s new Board Members to the event.  On the first day of the conference, AHIMA Board President Diann Smith and new AHIMA CEO Dr. Wylecia Wiggs Harris spoke about the future of AHIMA.  I was impressed by their transparency and candor.

Dr. Harris referenced the Business Lifecycle of an organization and showed the audience this graphic:

Then, she asked the audience to think about the last few years and assess where WE thought AHIMA was in this cycle.  Everyone looked around hesitantly – wondering if others were going to be honest or optimistic in this roomful of 200 people.

First, Dr. Harris and Diann asked if we thought AHIMA was in the “Innovation Cycle.”  No one raised their hand.

Second, they asked if the audience felt that AHIMA was at the “Mature” peak of the cycle.  A few people raised their hand.

Finally, they got to “Decline.”  95% of the audience raised their hand.

There was utter silence in the room for a moment as everyone glanced around and then let out a sigh of relief that others felt the same way they did.  And then, we all felt a little MORE assurance when Dr. Harris said that in their strategic conversations over the past several months, the AHIMA Board of Directors admitted the same – that AHIMA was in decline.

And while some might find it discouraging to hear that so many HIM professionals – especially those who are leaders in the HIM profession, in their states and even members of the national board – felt this about AHIMA, our national association; we felt anything but discouraged as we listened to Dr. Harris talk about future plans for AHIMA.  It was truly inspiring.  It gave us all hope.

The National Board of Directors, under the guidance of Diann Smith and Dr. Harris, are working diligently to define a better future and ensure that AHIMA enters the “Renew” part of the business lifecycle within the next 3 years.  And then ensure that the association and profession remain indefinitely in the “Innovation Cycle.”

They will be making some tough decisions.  Dr. Harris states that “HIM cannot be all things to all people. But the beauty of having a new leader is that [she] can offer a fresh perspective and critical eye to all things.”   She promised a “hard reset” on strategies to align them with resources and is in the process of implementing a team-based approach to embrace the possibilities of the future.  “We are at a crossroads.  And we can move forward as leaders.  Or another organization will.”

I don’t know about you, but I am excited to see what the future holds for AHIMA and the HIM profession!   Under the guidance of Dr. Harris, I am confident that it will involve great things.  And I hope that you will challenge yourself to be a part of this exciting future for HIM.  Be a catalyst for change.  Be a voice for the HIM profession!