by Adriane Martin, DO, FACOS, CCDS

Sepsis’ complexity and frequent definition updates propose challenges for CDI and coding professionals but it’s also a gray area in clinical medicine.
The most recent definition of sepsis, also known as sepsis-3, was proposed by the Third International Consensus Definitions Task Force in January of 2016 as “a life-threatening organ dysfunction resulting from a dysregulated host response to infection.” A change of greater than or equal to 2 from the baseline Sequential Organ Failure Assessment (SOFA) score was noted to be representative of organ dysfunction. This group also recommended that the terms septicemia, severe sepsis, and sepsis syndrome be eliminated from the definition.
The task force went on to outline septic shock as sepsis with persistent hypotension, despite adequate fluid resuscitation, requiring vasopressors to maintain a mean arterial pressure greater than or equal to 65 mmHg and a serum lactate level greater than 2 millimoles per liter (mmol/L). The Third International Consensus Definitions Task Force seems to have clearly defined sepsis and identified the SOFA score as a tool to determine the presence of organ dysfunction.
Sepsis confusion
So why the confusion? The Third International Consensus Definitions Task Force’s view on sepsis has not been adopted by all societies, physicians, or payers. Many of these groups and individuals still hold to the sepsis definition put forth by the 2001  International Sepsis Definitions Conference, also known as the sepsis-2 definition.
The definition of sepsis was originally published in a 1992 article based on discussions from the American College of Chest Physicians/Society of Critical Care Medicine Consensus Conference. In this consensus opinion, sepsis was defined as a clinical syndrome in the presence of infection and a systemic inflammatory response (SIRS) unexplained by anything other than infection.
In 1992, the criteria to define SIRS included two or more of the following: fever/hypothermia, leukocytosis/leukopenia/bandemia, tachycardia, or tachypnea.
In 2001, the expansion of criteria used to define systemic inflammation was introduced, which included the original four SIRS criteria plus several others, including altered mental status, hyperbilirubinemia, and thrombocytopenia. Severe sepsis was defined as sepsis with associated organ dysfunction. Septic shock was defined as a sepsis-induced hypotension, despite adequate fluid resuscitation, along with organ dysfunction or hypoperfusion abnormalities.
These two different consensus definitions are not mutually exclusive, and often the diagnosis of sepsis is supported by criteria from both consensus definitions. The real issue becomes what happens when the diagnosis of sepsis is met by one consensus definition but not the other.
From a coding standpoint, the 2019 ICD-10 CM Official Guidelines for Coding and Reporting state that “the assignment of a diagnosis code is based on the diagnostic statement that the condition exists. Code assignment is not based on the clinical criteria used by the provider to establish the diagnosis.”
Based on this guideline, it would seem the criteria used to define sepsis should not be a point of dissidence for CDI or coding professionals but , this is not the case since payer requirements vary.
For example, CMS supports the sepsis-2 consensus and has not adopted the sepsis-3 consensus definition. On the other hand, some commercial payers and non-traditional Medicare payers are using the sepsis-3 consensus definition which leads to confusion and potential denials
CMS’ Early Management Bundle, Severe Sepsis, and Septic Shock, which is a process measure related to quality of care initiatives represents another challenge. The intent of this sep-1 bundle is to ensure healthcare providers follow  best practices for patients with severe sepsis or who have diagnosis for sepsis with criteria for severe sepsis present.
The sep-1 bundle uses the sepsis-2 criteria to establish the presence of severe sepsis. Using criteria to define sepsis/severe sepsis other than those outlined by the sepsis-2 consensus might result in the bundle not being appropriately implemented therefore negatively affecting performance under this measure.
The sepsis controversy will continue as long as there is more than one definition of sepsis being used by payers, institutions, and providers. Communication amongst coding teams, CDI specialists, and providers, is a must to ensure accurate capture and reporting of sepsis. 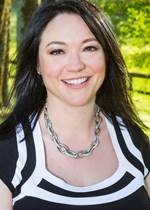 Editor’s note: This article originally appeared in JustCoding. Dr. Martin is vice president of Enjoin in Eads, Tennessee. She has provided clinical insight and education as part of the pre-bill review process since 2014. She is board-certified in general surgery, assists with documentation improvement, and provides specialty-to-specialty physician education in areas related to ICD-10, with a focus on surgical procedures and ICD-10-PCS. Opinions expressed are that of the author and do not necessarily represent HCPro, ACDIS, or any of its subsidiaries.
Copyright Association of Clinical Documentation Improvement Specialists (ACDIS).  Article reprinted with permission.