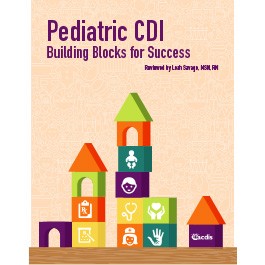 There are a number of etiologies leading to pediatric respiratory failure, just as there are with adult patients. To begin with, pediatric patients can come to an acquired extrathoracic airway from an infectious source (e.g., retropharyngeal abscesses, Ludwig’s angina, bacterial tracheitis, acute viral bronchiolitis, bacterial/fungal/viral pneumonia), trauma (such as postop extubation croup, thermal burns, foreign-body aspiration, or direct trauma), allergic reactions, and other causes such as hypertrophic tonsils and adenoids.

Pediatric patients may also enter respiratory failure because of a number of congenital extrathoracic airway conditions. Some of the common conditions are:

There are also a number of respiratory pump causes that can lead to respiratory failure such as diaphragm eventration, diaphragmatic hernias, agenesis of the diaphragm, flail chest, kyphoscoliosis, Duchenne muscular dystrophy, Guillain-Barré syndrome, infant botulism, myasthenia gravis, spinal cord trauma, and spinal muscular atrophy. While many of these conditions can be present in adult patients as well, they are particularly risky for pediatric patients due to their less developed airways, etc., as discussed above.

Central control issues can also lead to respiratory failure. Some of these are central nervous system infections, sleep apnea, strokes, traumatic brain injuries, overuse of anti-epileptic drugs leading to apnea, and an underdeveloped brain due to prematurity. As a note, prematurity affects every aspect of the child’s developmental health and can be a significant contributing risk factor for respiratory failure.

Editor’s note: This is an excerpt from the recently released book Pediatric CDI: Building Blocks for Success