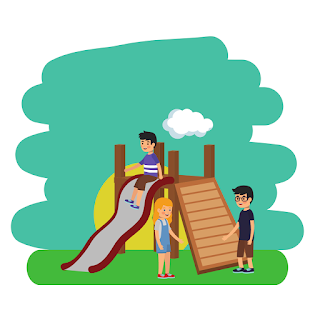 The Klutz family was enjoying a Saturday afternoon in the park.  After a picnic lunch, each of the children was busy playing while their parents enjoyed a leisurely stroll.  As the parents began gathering belongings in preparation for the return home, a series of events necessitated (you guessed it!) a trip to the emergency room with all the children.  Let’s take a closer look at what happened.

Peter was riding his bicycle through the park when he attempted to jump over a rather large log path.  The bike crashed down, tossing him off.   He began wailing in pain and grabbed his left shoulder.  Egon, who was skateboarding at the time, became distracted at the sound of his brother’s cries and didn’t see the large rock in the skate park area.  His skateboard hit the huge rock and he fell to the ground.  His cries joined his brother’s as he grabbed his right knee.  Startled when she heard the cries, little Dana fell off the swing ending up with her own tears as she grabbed her right wrist, which she landed on when she fell.  Raymond had been climbing on the jungle gym when all the hoopla started.  Upon hearing the chorus of cries, he fell from the jungle gym, joining the symphony while grabbing his left ankle.  Janine was on roller skates and following behind Egon in the skate park.  She had her earbuds in and didn’t hear the crying, so was surprised to come upon him in a heap on the ground.  She hadn’t been paying enough attention to maneuver around him, instead she tripped over him landing on her right hand.  Mr. and Mrs. Klutz took all the children to the ER for medical attention where they received the following diagnoses and care:

After the ER care, the children went home with their parents to recuperate with all glad to be back home without further incident, at least for now!
Click HERE for the answers.