In the last year pediatric inpatient coders have encountered some challenges in denials and feedback from auditors on various topics presenting many challenges from a coding standpoint. Two of the top areas being the use of P codes after the perinatal period and the conundrum of the principal diagnosis when an infant is admitted with acute respiratory failure due to RSV bronchiolitis.

The use of P codes after the perinatal period can be a complicated one since most conditions that originate during the perinatal period are transitory. However, there are some conditions that a patient is born with that can impact their health for their rest of their lives and on occasion there are some conditions that do not present themselves until a patient is older. In these instances, P codes may still be used if the documentation supports and the condition is still affecting the patient, even if they are older than 28 days. One example being bronchopulmonary dysplasia. Many patients with BPD may still require treatment such as breathing treatments, medications, or even oxygen well past the 28th day of life. Another good example of is hypoxic ischemic encephalopathy. Many children will have residual effects from HIE at birth, such as cerebral palsy, quadriplegia, or epilepsy to name a few. In these situations, if it is clearly documented as such coding of the P code for the HIE is warranted regardless of the patient age. Always remember that if a condition is still affecting the patient and the documentation backs it up certain P codes can continue to be coded throughout the life of a patient regardless of their age.

Many young infants are often admitted with acute respiratory failure due to RSV bronchiolitis. This presents a challenge as many coders and CDI professionals may lean towards the bronchiolitis as the principal diagnosis and that is where the denials may occur.  It will be different in each case though and the circumstances surrounding the admission along with the treatment provided will need to be considered. Most infants or young children with RSV will typically not be admitted unless serious breathing difficulties are present. Typically, if the documentation and treatment provided supports it, I will usually use the acute respiratory failure as my principal diagnosis for this reason as it more meets the definition of principal diagnosis directed by the coding guidelines. Look for the documentation describing the treatment provided and what the focus of care was during the admission. For example, was the patient on HFNC or intubated at all? Were they monitoring their hemoglobin saturation did they present with persistently increased respiratory effort, apnea, or hypoxia? All must be considered within the physician’s documentation when making that determination of the principal diagnosis and in determining what condition meets the definition of principal diagnosis.

Pediatric coding is a niche all its own and coders will continue to face challenges on denials on many pediatric conditions, not just the ones above. Just remember to follow the coding guidelines and the physician documentation, and query as needed for clarification and your coding will be accurate. 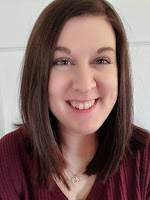 Andrea Snider, RHIT is a Committee Member on OHIMA’s Newsletter Committee in FY 2020-21. Andrea graduated with her HIM Associate Degree from DeVry University and earned her RHIT in 2013. She is an IP coder with Ensemble Health Partners and was previously an IP coder at Dayton Children’s Hospital.